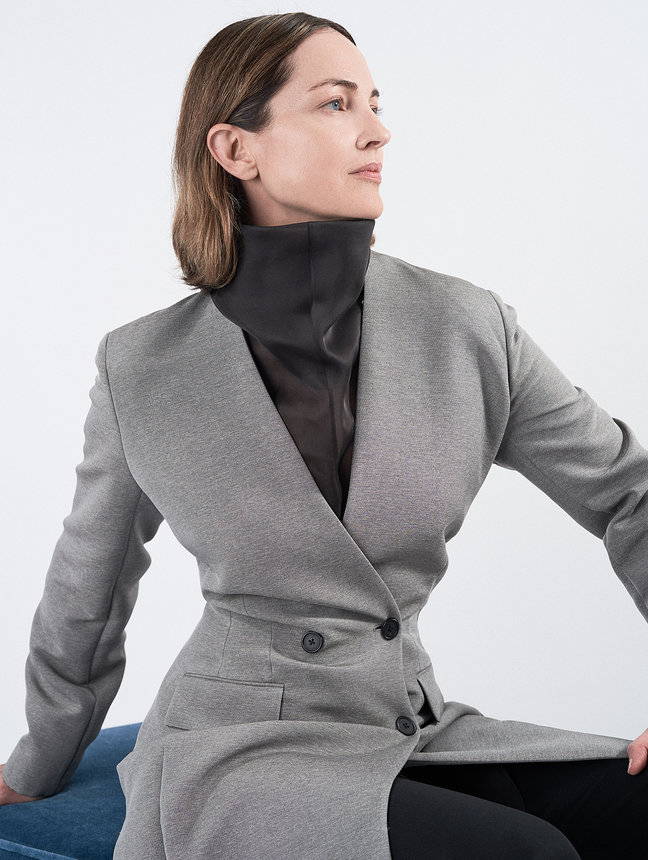 The Medina Jacket exemplifies the tenets of The Row—clean, minimalist, and modern.

Forty Five Ten is known for its edit—an imaginative, diverse, ever-evolving mix of high fashion, pop culture, lifestyle design, and artistic eccentricities. Therefore, it’s not often our gaze rests on a single brand. But then again, there aren’t many collections like The Row.

In the thirteen years since The Row was founded, the CFDA award-winning brand has become synonymous with chic, understated luxury. That—along with the wide array of categories the brand encompasses—led us to an important conclusion: The Row deserves a dedicated space of its own.

This month, our downtown Dallas flagship opens The Row’s store-in-store (the only one of its kind in Dallas). “Over the past year, it became clear—because of demand and our belief in the collection—that it was time to devote a space to creating the full world of The Row,” says Kristen Cole, President and Chief Creative Officer. “I love The Row’s minimalist approach to luxury. It has such an identifiable aesthetic (its L.A. store is one of my all-time favorites) and I knew their team would design a beautiful space.” 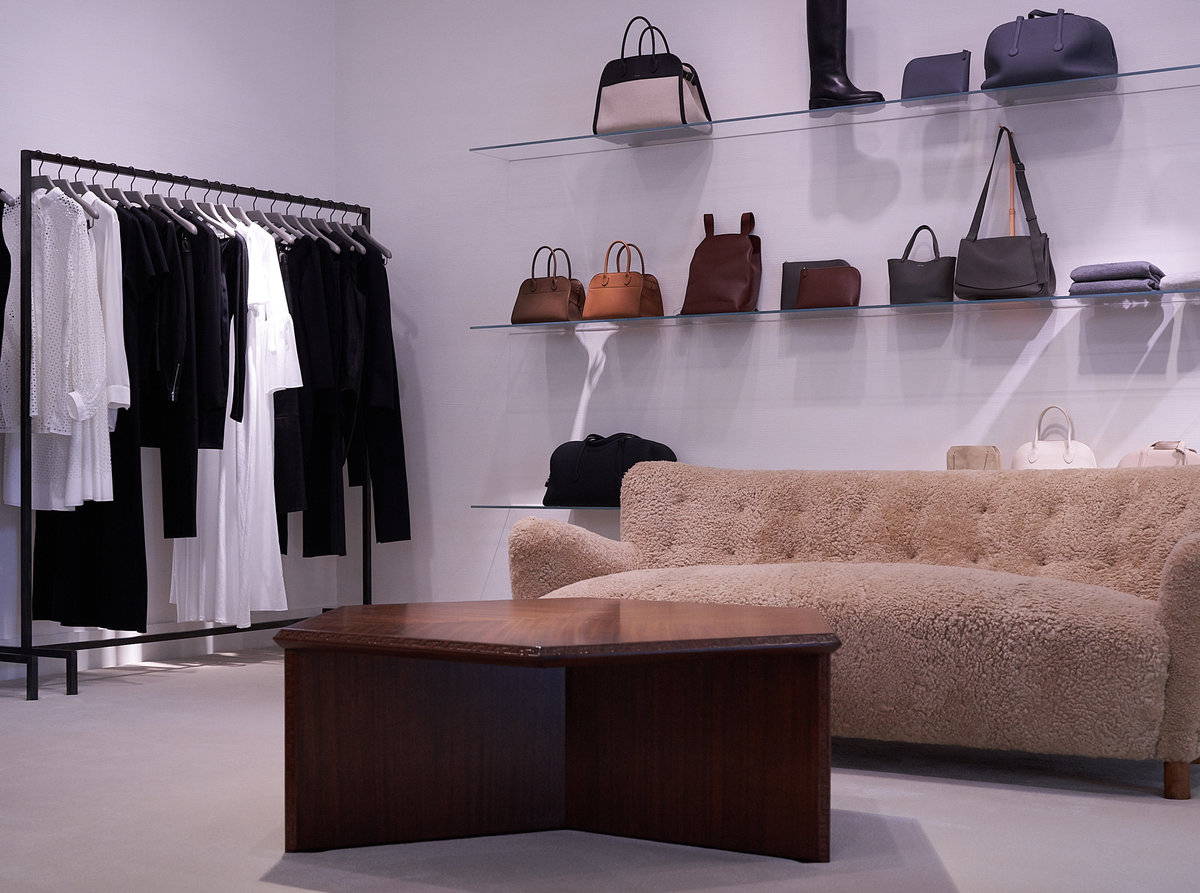 The Row founders, Mary-Kate and Ashley Olsen, selected furniture for the space, including this Frank Lloyd Wright table.

Located on the second level, the new store-in-store’s design was created exclusively for Forty Five Ten. It takes cues from tenants of The Row’s brand: clean, minimalist, and modern. A muted color palette plays off a rich mix of textures, thanks in large part to the room’s showpiece: a vintage Fritz Hansen teddy fur sofa from the 1940s. Custom drapes made in Italy by Loro Piana cover the room’s floor-to-ceiling window with Juliette balcony.

Mid-century furniture designed by Frank Lloyd Wright was personally selected for the space from local galleries by The Row founders, Mary-Kate and Ashley Olsen. Among the standouts, you’ll find a low, hexagonal mahogany table Wright designed for Heritage-Henredon and a circular mohair ottoman an arresting shade of blue—both from the 1950s. 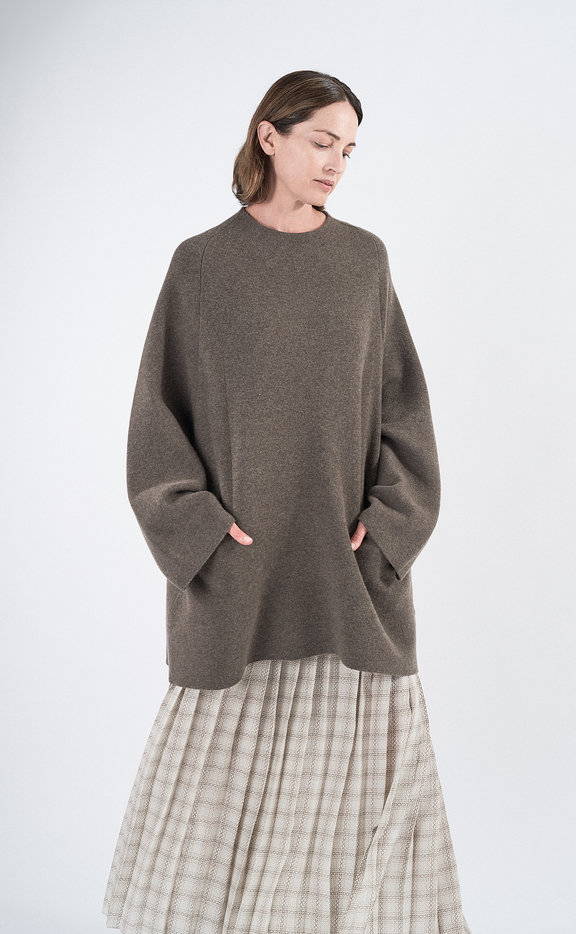 The Laurlyn Tunic with the Tulu Skirt. 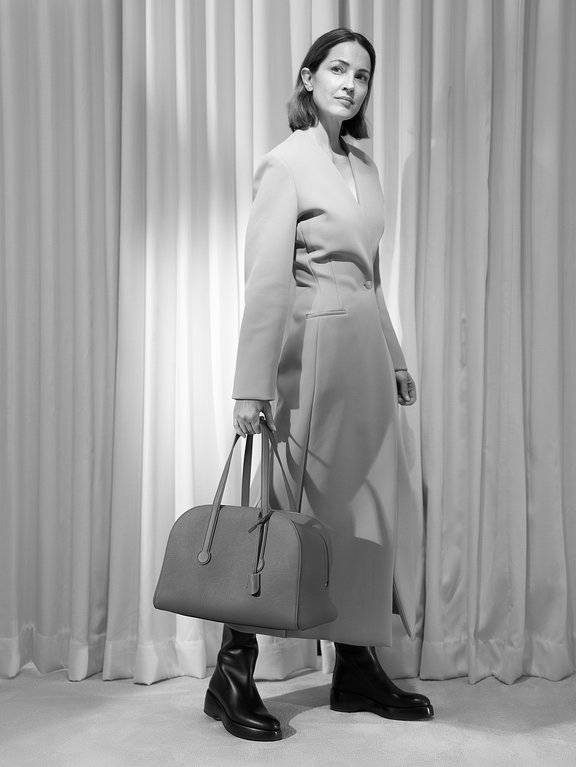 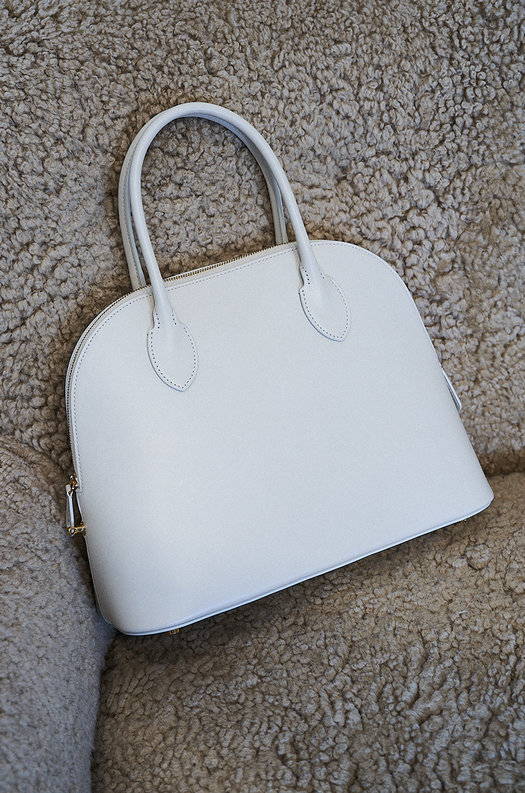 The Lady Bag in Ivory.

The store-in-store features women’s ready-to-wear, shoes, handbags, and accessories. The men’s collection will also have a presence, including a special edit of suiting and outerwear brought in especially for the launch and available for a limited time.

“We have a lot of different moments throughout our stores, because I always want to create immersive, dynamic, and experiential environments,” says Cole. “The addition of this store-in-store at our Dallas flagship will only further add to our clients’ sense of discovery.” 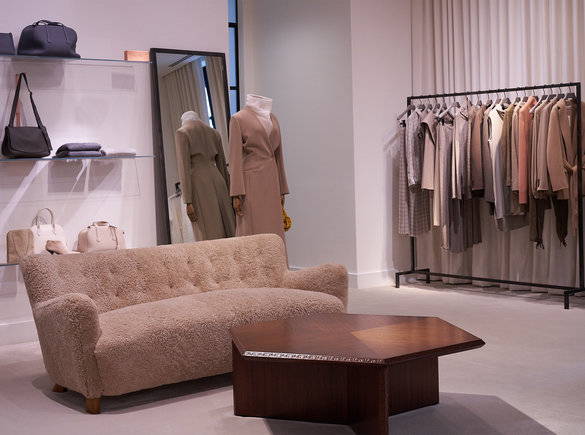